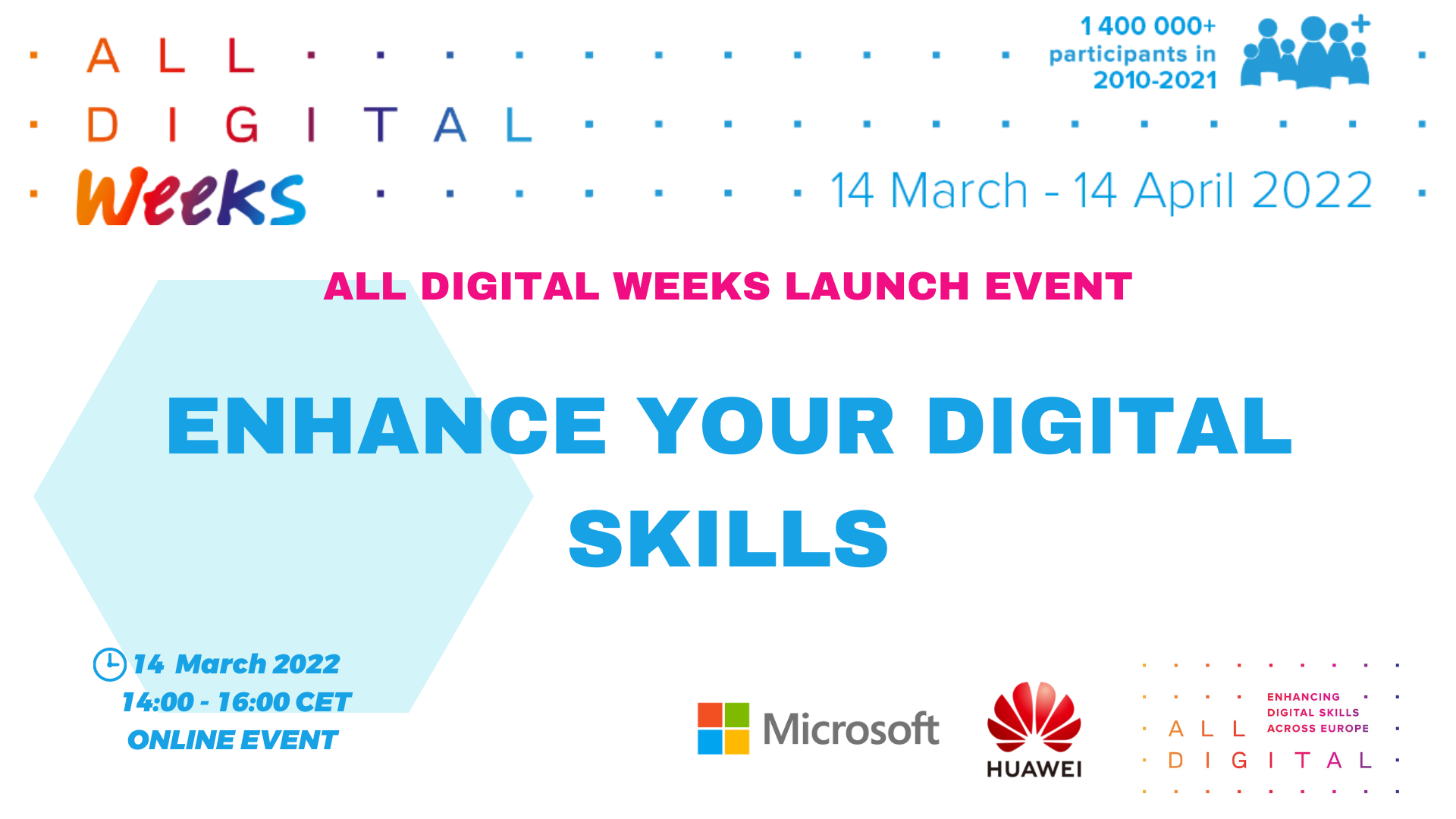 The European Commissioner for Innovation, Research, Culture, Education and Youth, Mariya Gabriel will open the campaign delivering her keynote speech during the launch event . An insightful panel discussion will focus on the main themes of the campaign, including the Digital Education Action Plan (DEAP) of the European Commission, exploring its actions and opportunities through the inputs of policymakers, industry representatives and stakeholders in the digital education field.  The panel will also deal with relevant topics related to the European Year of Youth, projects and actions specifically envisaged to equip the youth to the challenges of our digital society.

The ALL DIGITAL Weeks awareness campaign aims to show the needs of empowering all European citizens with the digital tools and skills they need in their studies, jobs and for social inclusion. The motto of the 2022 campaign is a call to action for all Europeans to take an active part for a better future: ‘’Enhance your digital skills!’’ and will also be the guiding topic for the launch event.

Summary of the Launch Event: https://www.alldigitalweek.eu/17162-2/ 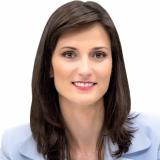 Bulgarian-born Mariya Gabriel is the current European Commissioner for Digital Economy and Society. She was the Vice-President of the EPP Group in the European Parliament from 2014-2017. Mariya Gabriel was a Member of the European Parliament, EPP/GERB (Citizens for European Development of Bulgaria) from 2009-2017. Since 2012, Mariya Gabriel has served as Vice-President of EPP Women. Prior to this she was Parliamentary Secretary to MEPs from the GERB political party within the EPP Group in 2008-2009. She is part of project teams, such as Digital Single Market, Energy Union, Better Regulation and Interinstitutional Affairs, Budget and Human Resources, and Jobs, Growth, Investment and Competitiveness. As a member of the project teams, her responsibilities include launching ambitious proposals for the completion of a connected Digital Single Market, supporting the development of creative industries and of a successful European media and content industry, as well as other activities turning digital research into innovation success stories. 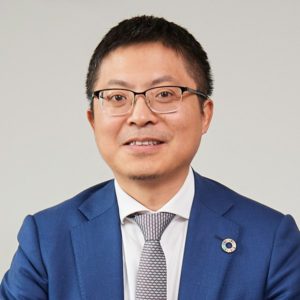 Tony Jin Yong is Huawei Chief Representative to the European Institutions. He has years of experience in the telecommunications sector and has served as Huawei CEO in several Latin American countries. He also served as Huawei CEO for Spain between 2015 and April 2021. He has a bachelor’s in telecom engineering. He started his career in Huawei 20 years ago, five of which were in China, eight in Latin America, and seven in Spain. 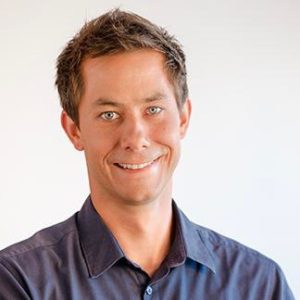 Jeremy Rollison is Senior Director of EU Government Affairs within Microsoft’s Corporate, External, & Legal Affairs (CELA) group. Based in Brussels, his work focuses on policy related to the EU Digital Single Market (DSM), with a particular emphasis on data issues and corresponding public policy covering privacy, cybersecurity, cloud policy, and the cross-border provision of online services. Prior to joining Microsoft, he worked in the Government Relations team at Nokia in the company’s EU representative office and was previously Director of the European Digital Media Association (EDiMA) in Brussels. He has over a decade of experience in Brussels at the company, association, and consultancy levels, focusing and engaging with EU stakeholders on issues related to the development and delivery of online services in the Internal Market and corresponding EU regulatory policy.

He mainly works on Digital Skills, both in the context of the Skills Agenda and the link to other key European Commission initiatives, such as the Digital Education Action plan, the Digital Competence Framework and related frameworks, Digital Skills and Jobs Coalition and the Digital Europe Programme. He is working on supporting qualitative and effective digitalisation of VET provision through promoting use of European competence frameworks and self-assessment tools.

He is also working on Skills intelligence, including on how to build on work using big data done by Cedefop, the European Centre for the Development of Vocational Training, and strengthening and disseminating skills intelligence to relevant stakeholders.

Both of these areas, i) supporting digital skills and ii) strengthening skills intelligence are addressed under specific actions proposed by the Skills Agenda for Europe. 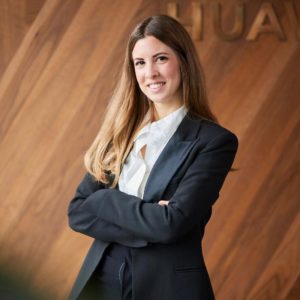 Giorgia Epicoco is Senior EU Public Affairs Manager at Huawei, responsible for the company’s strategy and advocacy work on social and environmental sustainability, focusing on digital skills and youth engagement. Ms. Epicoco has extensive experience in international cooperation and industrial development. She is specialized in public-private partnerships and corporate social responsibility in the field of sustainability and education and wants to unlock the power of the digital age for social development. Prior to Huawei, Ms. Epicoco worked for the United Nations Industrial Development Organization (UNIDO), where she coordinated global initiatives on the Fourth Industrial Revolution and industrial skills development, and previously in Beijing evaluating the environmental, social, and governance performance of beneficiary countries of the EU’s Generalized Scheme of Preferences.

Giorgia Epicoco studied Public Management and Social Development at the Copenhagen Business School, Management Administration at the University of Chinese Academy of Sciences in Beijing, and Political Sciences at the Università Cattolica del Sacro Cuore in Milan. 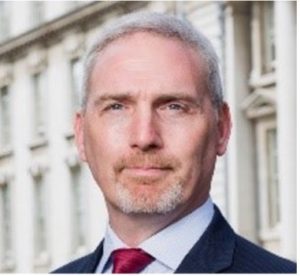 Before joining Microsoft he held research and teaching positions in Economics in University College Dublin (UCD), worked as a Research Economist with Ireland’s largest trade association before spending 8 years as Spokesman and Adviser to former Taoiseach (Prime Minister), Enda Kenny and another 5 years as Special Policy Adviser to the Irish Minister for Enterprise, Trade and Employment.

In Microsoft Ciaran supports the government outreach and policy work of Microsoft in Ireland and is also a member of the Microsoft policy team in Brussels.  He has led out on a number of high profile collaborations in his time with Microsoft, including the development of a new Digital Policy Masters Programme in UCD, a partnership with the Irish Government to deliver rural broadband through Microsoft’s Airband initiative and the new quarterly Labour Market Pulse index also with the Irish government and LinkedIn which pools public and private sector data on the labour market to help inform policy decision making.

He was appointed by the Irish Government to sit on the National Competitiveness and Policy Council in 2019 and to the Grant Approval Committee of Science Foundation Ireland in 2020 and is a member of the Advisory Boards of the Centre for Digital Policy Studies in UCD and the Institute for International and European Affairs. 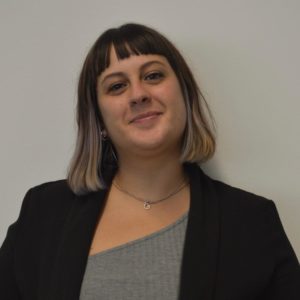 President of LLLP and Secretary General of OBESSU

Giuseppina is the current Secretary General of the Organising Bureau of European School Student Unions (OBESSU), the European platform for cooperation between school student unions in Europe. She is also the President of the Lifelong Learning Platform – a network of civil society organisations working to advance a true lifelong learning culture in Europe and beyond. Giuseppina has been advocating for access to free quality inclusive education for all for the past 15 years, trying to bring civil society voice in policy making and promoting the exchange of practices among organisations and networks at local, national, and European level. 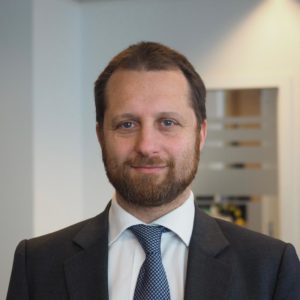 Sebastiano Toffaletti heads the Brussels secretariat of the European DIGITAL SME Alliance, which he contributed to found in 2008. DIGITAL SME is Europe’s largest association for digital Small and Medium sized Enterprises, representing about 45.000 companies across the continent. The association covers EU initiatives, legislation and policies related to topics such as cybersecurity and privacy, data economy, IoT, Artificial Intelligence and blockchain. In 2019, DIGITAL SME published its Manifesto for Europe’s digital future highlighting 10 key priorities and the role of SMEs in the digital revolution.

Sebastiano authored several articles and position papers on topics such as Intellectual Property Rights, Standards, data economy and digital skills, and serves as an expert in EU working groups and task forces, where he brings forward the interests and views of SMEs. He is a member of the EU multi-stakeholder Platform on ICT standardisation. He is currently chairman of the Working Group on SMEs at the European Cybersecurity Organisation and has led the creation of the label “Cybersecurity made in the EU” in support of SME cybersecurity providers . 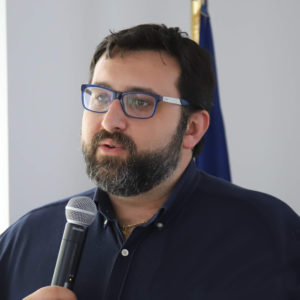 Altheo Valentini holds M.A. in “Publishing, media and journalism” from the University of Urbino Carlo Bo. He has been working for more than 15 years as a project manager in the framework of various financing instruments of the European Commission, with a particular focus on digital and social innovation, for which he has founded the European Grants International Academy Srl, a training agency in the VET and Adult education sector and a consultancy company in European projects design and implementation.

Sociologist and communicator, Altheo deeply believes in transformative social change! For this reason, in 2016, after having being captured by the magic world of hackathons, he launched the first Social Hackathon Umbria, a 48-hour digital marathon for the co-creation of innovative solutions aimed at solving different societal challenges. Besides seating in the technical committee of the Italian National Coalition for Digital Skills and Jobs (Repubblica Digitale), he is a member of national associations and networks in the field of innovation (General States of Innovation, SGI) and digital cultural heritage (DiCultHer) and he is part of the board of some international organizations, including: ALL DIGITAL for the promotion of digital skills, EAQOM for the quality in international mobility projects for training purposes, and the Europeana Education Community. You can find his blogposts and news on adult education on EPALE, the Electronic Platform for Adult Learning in Europe. 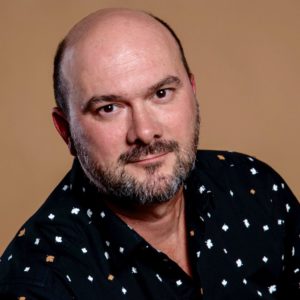 Peter Palvolgyi has been serving ALL DIGITAL since 2012, first as financial officer and Chief Operating Officer, and since March 2021 – as Chief Executive Officer. Peter is responsible for strengthening the position of ALL DIGITAL as a leading European actor in the field of digital competences for citizenship, inclusion, education, and employability. He is in charge of developing, planning, leading, and implementing the strategy for the further development of ALL DIGITAL. Peter has long-standing experience in project management of EU funded projects and other donors’ programmes.  Peter managed and coordinated more than 10 EU-funded projects where ALL DIGITAL acted either as lead organization or partner, including DCDS, Ask4Job, CodeMob, Unite-IT, TMA, Carer+, Carenet, M4All. He has been connected to digital inclusion since 2000, taking active part in the implementation of the Hungarian telecentre program. From 2001 to 2002, then between 2004 and 2006 he was the Executive Director of the Telecottage Public Service Non-profit Company. Before moving to Brussels in 2012, Peter worked as the executive director of DemNet Foundation (Hungary), a then member organization of ALL DIGITAL. Peter is also a former member of the Telecentre Europe (now ALL DIGITAL) Board, stepping down from this role when he joined ALL DIGITAL as a staff member.

Peter has a solid background in project and financial management. His academic background includes an MBA and a diploma in public administration.

30.03 The development of the Hungarian DigKomp System to assess and improve the digital competence of citizens