Posted at 17:53h in News by Andrea Bedorin

On March 3-4 Telecentre Europe invited its members to the annual General Assembly in Amsterdam (the Netherlands). 36 member organisations were represented by at least one delegate. General Assembly was followed by a members’ meeting and both events took place in Grand Cafe Restaurant of Amsterdam Central Station. 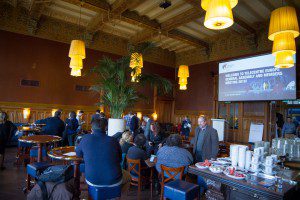 The Strategic roadmap for 2016-2017, based on a mid-term review of a longer period strategy (2013-2017), was presented on the first day. It emphasizes 6 priorities that will structure Telecentre Europe’s institutional agenda until 2017, namely:

Main outcomes from 2015 activities were presented to Telecentre Europe’s members, including a series of new position papers, a Skillage multi-annual report, results of the annual membership survey and guidelines for members on DIGCOMP adoption. Open discussion on the topic of refugees and their social inclusion took place, as well as discussion groups on TE’s strategic pillars and planned activities. It was confirmed that the next Annual Conference (TEAC 2016) will be hosted in Ghent (Belgium) by TE’s member Digipolis, on 6-7 October 2016. 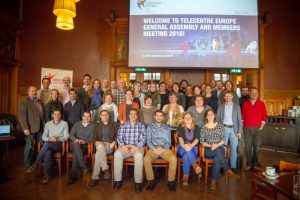 The highlight of this GA was the official GOW 2016 launch on March 4. Guest speakers from the European Commission, campaign supporters Liberty Global and Cisco and the Digital Champion of the Netherlands Tineke Netelenbos were all invited to mark the beginning of the seventh European Get Online Week. More about the launch event can be found on the official website: http://getonlineweek.eu/. 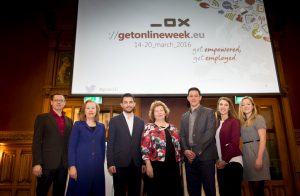 On internal affairs, eight new members were introduced; activities plan and budget for 2015 (actual) and 2016 (planned) were approved; strategic priorities for 2016-2017 agreed. As foreseen by recently updated statutes three Financial Controllers were appointed for a two-year mandate. The stepping down of Gerhard Seiler as Board member and of Gabriel Rissola as Managing Director (due on 31st March) were formally announced, as well as the assignment to Peter Palvolgyi – current EU Projects Manager & Financial Officer – to coordinate operations until a new Managing Director is appointed.

ALL DIGITAL Annual Report 2017 is out!

Strategic plan for 2018-2020 adopted by the General Assembly

New Board Elected at General Assembly