DIGINV - Digital Invasions for the Promotion of Cultural Heritage • ALL DIGITAL
17430
projects-template-default,single,single-projects,postid-17430,ajax_fade,page_not_loaded,,qode-title-hidden,qode-theme-ver-10.1.2,wpb-js-composer js-comp-ver-6.9.0,vc_responsive 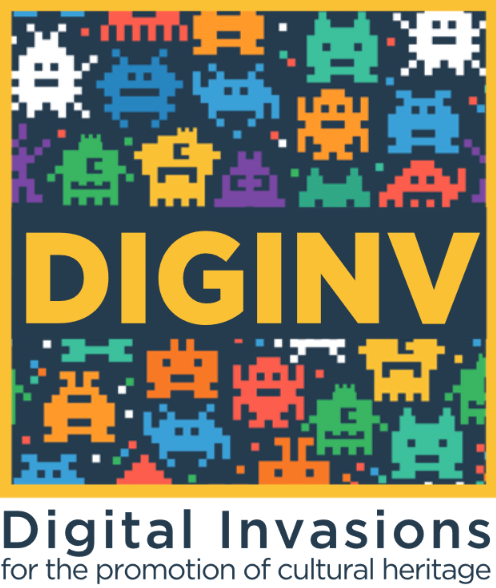 20 Sep DIGINV – Digital Invasions for the Promotion of Cultural Heritage

Posted at 11:55h in Past projects, Projects by Victoria Sanz

Between 2007 and 2013, cultural participation has contracted in all European countries, where “low” level of participation went up from 30% to 34%. On the other hand, cultural heritage represents an extraordinary resource for growth: both from the point of view of cohesion and social inclusion, and as an economic and productive asset.

The concept of the DIGigital INVasions for the Promotion of Cultural Heritage (DIGINV) project was to valorize cultural interest and practices by engaging citizens, cultural institutions and using technology as a catalyst. In the end, citizens engage and experience culture in a new way.

The project scaled up the Digital Invasion methodology, which was developed in Italy. The methodology improved the digital and communication skills of cultural operators, helping them become promoters to and engage citizens in the valorization of cultural heritage. It also worked to improve the digital skills of citizens involved (from the youngest to the elderly) by using new technologies to promote and valorize a cultural point of interest.

1) Training activities addressed to cultural operators that focused on the acquisition of digital, communicative and managerial skills. In this way they became promoters of the involvement of citizens in the enhancement of local cultural heritage, and on new techniques of audience development through the use of digital technologies.

2) Experimentation of the Digital Invasions in each project country: trained operators worked on the involvement of citizens in the promotion of local cultural heritage. Citizens were called to “invade” the most significant places in their cities, from a historical /artistic /cultural point of view: armed with smartphones, cameras and video cameras, they shared the experience to make their local cultural
heritage known through the web. Citizens participated in an “urban game”, useful to provide a different and collective vision of the cultural assets, giving them new life through the new communication technologies.

1.Cultural operators who were involved in the training and organization of digital invasions:

2. New proactive actors/public in the dissemination of cultural heritage:

Digital Invasions for the promotion of cultural heritage. Kick off meeting.