Posted at 18:05h in Employability and Entrepreneurship, News by Andrea Bedorin

A surprising number of only 17% of youth under 24 use LinkedIn to showcase their professional achievements and search for jobs online. That is why the idea of creating a new platform for young Europeans aged 15-24 was born.

The launch of YouRock 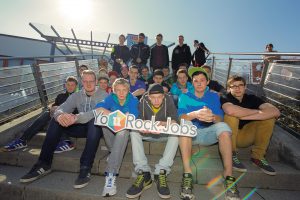 YouRock.Jobs employability website was launched in mid March and it marked the Get Online Week 2014 in Germany. Stiftung Digitale Chancen and Christian Schenk, former Olympic gold medalist for Decathlon involved in youth education, gathered together 25 young Berliners who were the first to sign up to test the multi-language platform on desktop computers, tablets and smartphones. The site founder and CEO YouRock Ian Clifford had a chance to hear their feedback in person. YouRock aims to reach 900k+ young ICT skilled users by 2015.

YouRock serves as an online platform for creating early career profiles and ICT is encouraged to be seen as a potential career choice in today’s economic situation. Both young people and employers can speak a common language on YouRock. The site allows youth transform their school and after school activities as simple as camping into professional skills and present their personalized “diamond”. Employers and entrepreneurs, in turn, have another source to hunt for local talent based on relevant skills.

How it all started 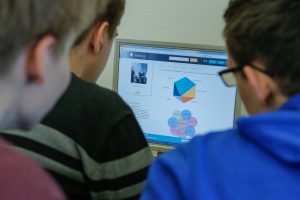 Sponsored by Liberty Global PLC, supported by European Commission and essential to Grand Coalition for Digital Jobs, YouRock was developed in hackathon at ICT 2013 in Lithuania. Later it was successfully crowd-funded to create a prototype. In August 2013 YouRock Online Ltd was established in UK; it now runs the project.

“Lost generation” is not lost

The founder Ian Clifford says: “Young people are often described as the “lost generation”, which assumes that we, and they, can do nothing about it. I don’t believe that! YouRock was set up to enable young people across Europe realize that they have control over their employability and they are not lost. We want them to look in the mirror every morning and think, “You rock!”

For news and updates check yourock.jobs

New Toolkit for National and Local Coalitions for Digital Jobs