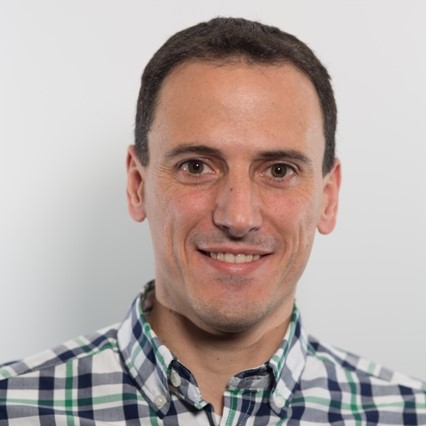 About us, Financial controllers

Rodrigo Zardoya has a degree in Computer Engineering. He has been working in the management of IT projects for over 18 years, in the definition and implementation of technological solutions and in the technological advice to SMEs, citizens and public administrations.

Rodrigo has participated on the definition and management of projects to promote the Information Society at Regional level (Government of Navarre), National (Ministry of Industry) and European (Interreg IIIC, Leonardo da Vinci, Grundtvig, Interreg IVC , Erasmus+ and H2020).

His professional life began in 2001 as Coordinator of a New Technologies Center in the south of Navarra for three years. In 2004 he started to work in Dedalo Foundation where he was appointed Director. Dedalo’s mission is to promote the Information Society and coordinates a digital competences center network in the south of Navarre, having managed 30 technological projects and reached more than 48.000 people in its 15 years of life.

Dedalo was elected in 2014 for 4 years to occupy the presidency of the Association “Somos Digital” (formerly “Community of telecentre networks”), which involves more than 3,000 telecentres all over Spain.

Rodrigo Zardoya was a member of the ALL DIGITAL Board between 2015 and 2017 and a Financial Controller since 2017.