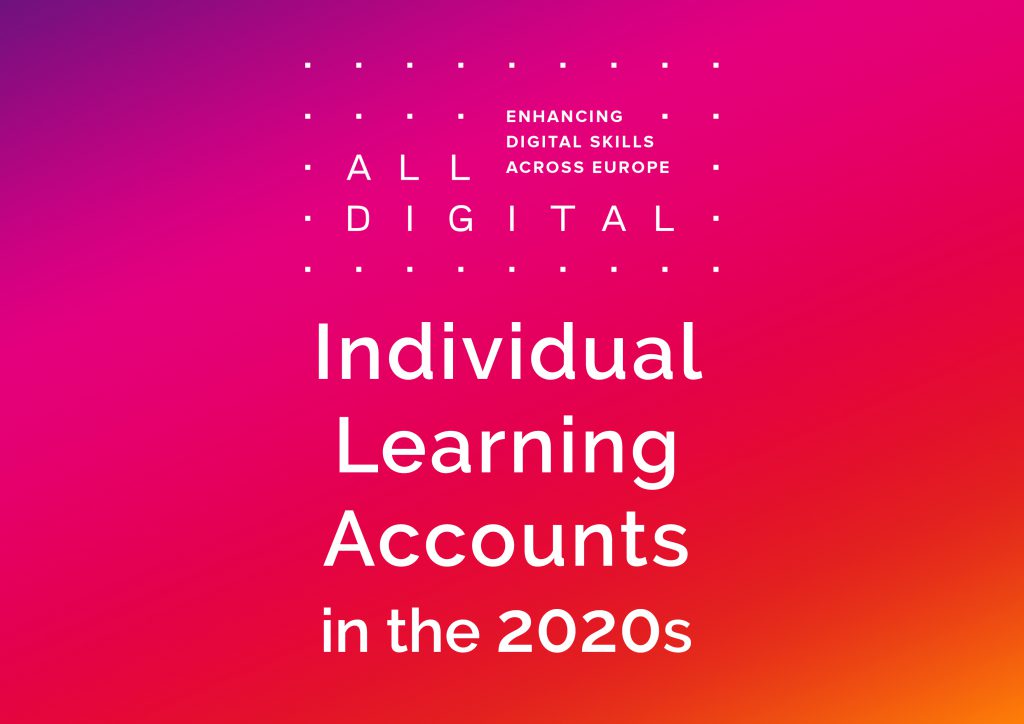 Posted at 18:03h in News, Uncategorized by Victoria Sanz

“You will lead the work on implementing and updating our skills agenda, focusing on identifying and filling skills shortages and supporting reskilling as part of the just transition. You should explore the idea of individual learning accounts for people of working age, enabling adults to accumulate training entitlements and use them for quality-assured training.”

In addition to citizens, governments and industry this statement about Individual Learning Accounts (ILAs) has great significance for Adult Learning Providers across Europe.

In late 2019 the OECD published a detailed analysis report entitled ILAs: Panacea or Pandora’s Box. This is a significant review of several functioning models around the world and their approaches to implementation.

In the report ILAs are defined as “virtual, individual accounts in which training rights are accumulated over time. They are virtual in the sense that resources are only mobilised if training is actually undertaken.”

The OECD report summarises the history and the opportunity presented by ILAs. “ILAs were originally introduced with the objective of boosting individual choice and responsibility with regards to training and to increase competition among training providers and thus the quality and relevance of training provision.” 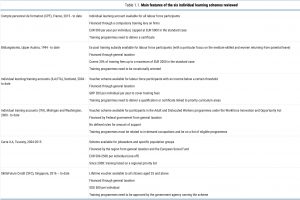 Image from the OECD report

An early model for ILAs was introduced in the UK in the late 1990s.  The scheme was closed after only 18 months as a result of a significant fraud, with non-existent learners being registered to draw down funding. Today’s identity technology could and should easily prevent such simplistic fraud, but the technology revolution is also a driving factor in the renewed need for such schemes.

According to the OECD report, there are numerous models and examples from around the world, but the only real example of an ‘Individual Learning Account’ (as opposed to more popular voucher schemes) is the French ‘Compte Personnel de Formation’ (CPF). The OECD cites CPF “as an interesting new approach which could boost training participation in a new world of work”. The digital transformation of the workplace and employment practices in general have created a huge and ever-shifting demand for skills training. But it is also creating new challenges, particularly around making training rights “portable” from one job or employment status to another. In this digital job market ILAs could have a huge impact on the digital skills gap countries are facing, supporting competitiveness and economic development.

The European Economic and Social Committee are preparing a response to Commissioner Schmit’s  Mission Letter, but there is already action from elsewhere within the European Commission to explore the concept of Individual Learning Accounts in a new Erasmus+ Key Action 3 fund just announced to test ILAs in member states.

The business community and citizens may have a mixed view of the ILA concept, depending on how it is implemented, and there is a concern that ILAs do not necessarily target those most in need. This issue is highlighted in the OECD report as one of the key challenges, and one which ALL DIGITAL would encourage member states to consider carefully to ensure that any scheme is fully accessible to those most in need.

ALL DIGITAL is currently also delivering ‘Digital Skillshift’, a project designed to upskill citizens facing digital transformation in the workplace in France, Germany, and Italy. The project is supported by J.P. Morgan.

The project partner in France, Simplon.co is a registered training provider for CPF and may use it for eligible trainees. The evaluation is due to complete at the end of 2020 and will include comparisons of the training models in each country, potentially with and without the use of ILA type funding.

ALL DIGITAL is hosting an event on 18 February 2020 in Brussels entitled Individual Learning Accounts in the 2020s. The event will explore the models and opportunities that derive from implementing ILAs across Europe. ALL DIGITAL will welcome Commissioner Schmit and Stefano Scarpetta of the OECD to present and explore the topic together with an expert panel.

The expert panellists include Antoine Saint-Denis from the Ministry of Employment in France (responsible for CPF), Brikena Xhomaqi from the Lifelong Learning Platform, Robert Plummer of Business Europe, and Eva Maydell MEP. The panel will be moderated by Hanka Boldemann from J.P. Morgan Global Philanthropy. They will discuss benefits and implications for national governments, the education sector, industry and employers, and society as a whole.

The agenda for the event is here and the event will be live-streamed from 10h30 CET on 18 February. Questions to speakers and panellists can be asked on Twitter using #ILAs2020s and tagging @AllDigitalEU.

UMI-Sci-Ed project presents an inspiring opportunity for the future!