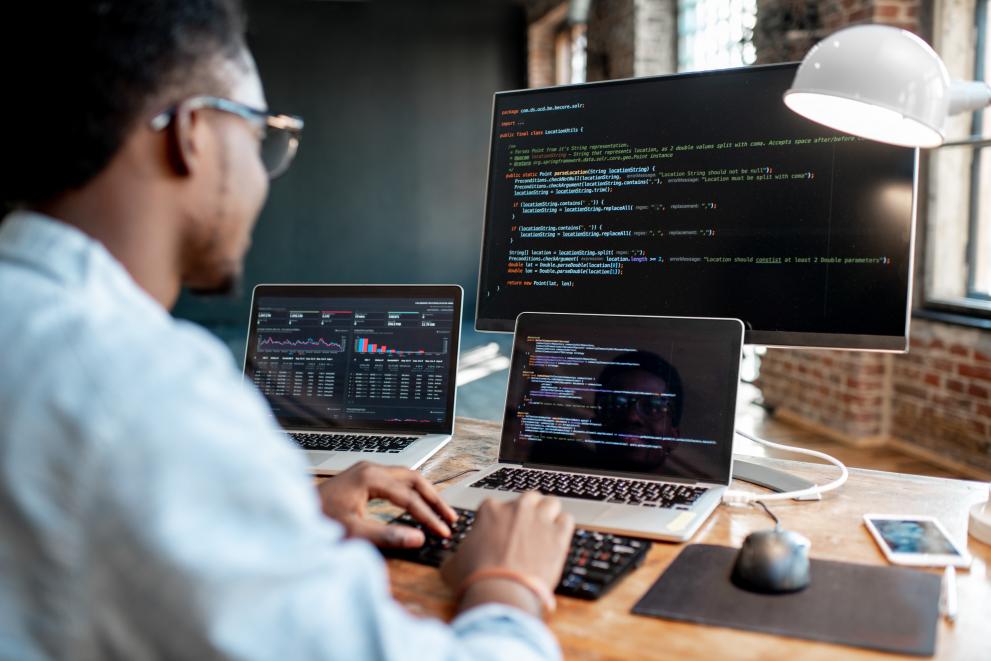 Posted at 14:28h in News, Position Paper by Andrea Bedorin

On 23 February, ALL DIGITAL hosted a policy event on the European Commission proposals for Council Recommendations on Individual Learning Accounts and Micro-credentials.

The event was held online and counted over 80 participants. It was opened by Peter Palvolgyi, CEO of ALL DIGITAL, who briefly introduced the organisation, before handing over to the speakers.

Klara Engels-Perenyi (DG EMPL) presented the proposal for Individual Learning Accounts. She highlighted the principles behind the proposal and underlined the goals and the scope of the initiative. Summarised, the objectives are to increase access, motivation, and uptake of training for all working-age adults. She stressed that the concrete implementation would be up to the Member States, who should individually define who is most in need of up- and reskilling in their specific national context.

The second presentation was jointly delivered by Yann-Maël Bideau (DG EAC) and William O’Keeffe (DG EMPL) on the initiative towards a European Approach to Micro-credentials. The speakers underlined the awareness that micro-credentials were already an existing and established practice, and that the proposal’s main aim was to establish a common European approach. They also highlighted that the proposal did not intend to replace or disrupt existing qualifications. As their preceding speaker, they made reference to the contribution these initiatives can bring to delivering the goals set out in the Social Pilar Action Plan.

Brikena Xhomaqi, Director of the Lifelong Learning Platform, praised the involvement of stakeholders in the preparation and drafting of the proposals. She put forward the perspective of a lifelong learning approach and regretted the absence of lifelong entitlements in the proposals. She stressed the crucial role of civil society organisations as often being the closest to learners and their perspective. The speaker further emphasised that a focus on labour market needs is too limited, and that the initiatives should instead focus on societal needs as a whole.

Concluding the round of speakers, Altheo Valentini, Chair of the ALL DIGITAL board, presented the organisation’s position on the proposals, stressing that a key aspect of Individual Learning Accounts was their potential in reducing the digital gap, while at the same time the risk of exclusion. He also called for a learner-centred approach for the widest possible impact. The speaker equally pointed out the complementary effect of micro-credentials, adding the importance of recognising digital competences as being transversal across sectors, and the key role of non-formal education.

→ See the ALL DIGITAL Position Paper on micro-credentials here.

A full recording of the event and the speakers’ presentations are available on our events page.

ALL DIGITAL is looking forward to continuing the discussion around how to enhance digital competences for all Europeans, according to the ALL DIGITAL Manifesto for Enhancing Digital Competences in Europe. If you share these values, join us and endorse the Manifesto!

For further questions and information, please don’t hesitate to get in touch with