Posted at 21:27h in News by Andrea Bedorin 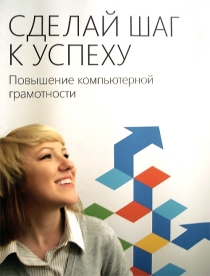 The Your Course: Digital Literacy (Tvoy Kurs) project, conducted by our member PH International (Project Harmony, Inc.) and Microsoft, together with partner organizations in more than 100 cities across Russia, was completed in January 2013.

During the implementation of the initiative from February 2010 to January 2013 more than 280,000 people attended Tvoy Kurs courses and seminars. This included more than 135,000 who received Digital Literacy certificates to prove their knowledge.

The project focused on training in basic computer skills for socially vulnerable citizens: the unemployed, pensioners, people with disabilities, people with low income and young people in difficult life situations. The training was carried out in computer literacy training centers hosted at universities, libraries, NGOs, and other organizations.

The project received recognition and support right across the Russian regions, where regional programs to modernize the economy and the information society were delivered in partnership with the local authorities. The training was given not only to socially disadvantaged citizens, but also to municipal officials, health workers, school teachers and preschool child carers, experts of cultural institutions, and heads of territorial government.

Six Tvoy Kurs center coordinators were included in the list of 100 Outstanding Telecentre Women Managers in 2011, and some of those became the best telecentre managers in Eurasia and Europe.

» read more on our community site