UMI-Sci-Ed project presents an inspiring opportunity for the future! • ALL DIGITAL
18320
post-template-default,single,single-post,postid-18320,single-format-standard,ajax_fade,page_not_loaded,,qode-title-hidden,qode-theme-ver-10.1.2,wpb-js-composer js-comp-ver-6.9.0,vc_responsive

29 May UMI-Sci-Ed project presents an inspiring opportunity for the future!

Posted at 13:59h in News, STEAM skills for society, Uncategorized by Victoria Sanz

On May 22 and 23 the UMI-Sci-Ed project consortium hosted the UMI-Sci-Ed conference in Brussels (see agenda). UMI-Sci-Ed aims to empower young people to think creatively, apply new knowledge in an effective way and become continuously competitive in our highly demanding working environment. In UMI-Sci-Ed, the technology itself was not starring as the objective of the project. Ubiquitous and mobile computing and IoT are rather used to support educational stakeholders working in science education.

As such the UMI-Sci-Ed conference was primarily valuable to the educational community, VET providers, career support organisations, educational authorities and policy makers. Around 50 practitioners from these groups attended the first day of the event at the L42 venue in Brussels. The event compromised a range of different discussions, plenary sessions and practical demonstrations, engaging these organizations and demonstrating tools and approaches that work. 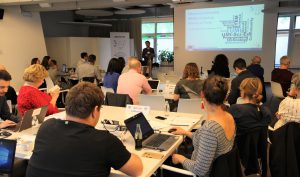 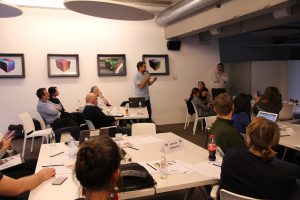 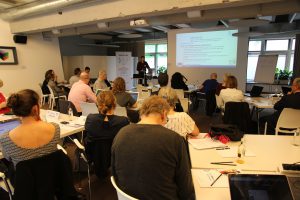 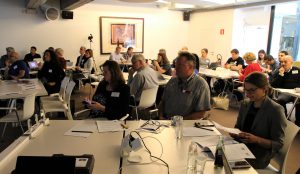 During the event the project was explained in detail, results provided, and partners went into details about different areas of the project, and the future of the project was also explored. Two invited keynote speakers gave perspectives on the project and IoT in general, as well as a view of policy direction in this area. There were also practical demonstrations of the UDOO kit and the Platform and presentations from each partner organisation.

At the beginning of the conference the project video was shown to delegates, and then Achilles Kameas and Ioannis Zaharakis from CTI gave an overview of the UMI-Sci-Ed project followed by inspiring presentations by Alexa Joyce from Microsoft and Erik Ballhausen from the EACEA of the European Commission. They respectively explored the wider role of IoT in inspiring science education, and looked at policy direction within the EC. 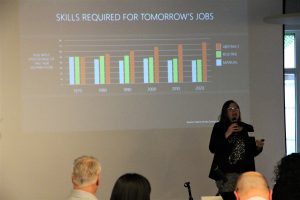 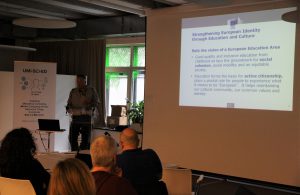 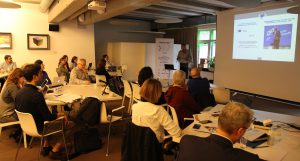 Following this, practical demonstration were held by project partners.  Luca Tavanti from CUBIT explained the components of the UDOO kit and then Athanasios Iosifidis from CTI described in detail the tools and learning scenarios held on the platform. Ian Clifford from ALL DIGITAL then gave a short presentation about UMI and ALL DIGITAL Week with the case studies of the UDOO kit in action in Croatia and Spain. 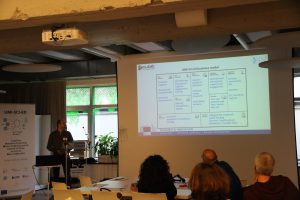 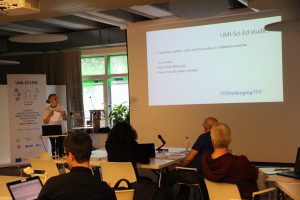 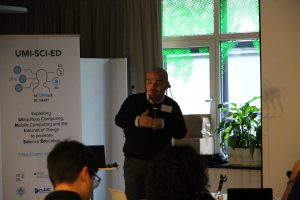 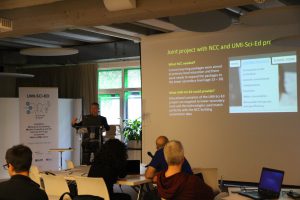 This was followed by a series of short project partner presentations starting with Jacqueline Kehoe from Cork Institute of Technology talking about the piloting and communities of practice. Jarkko Lampiselkä from the University of Helsinki described the ‘spin-off’ benefits of engagement with a construction contractor. Monica Divitini from Norwegian University of Science and Technology then talked about the evaluation, Stefano Giordano from the University of Pisa described the pedagogy of the project and Luca Tavanti from CUBIT covered the Market Exploitation. 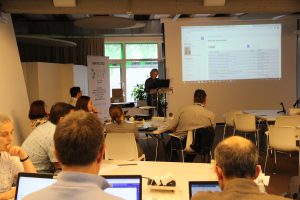 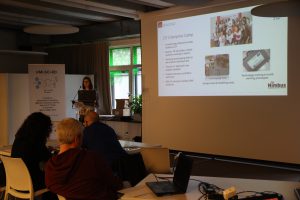 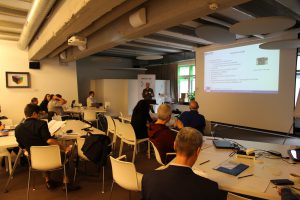 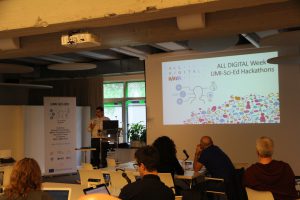 The closing session was led by Achilles Kameas who summed up the day and the lessons learned from the project and talked about the future plans for the ‘umbrella’ organisation. 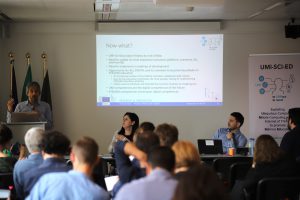 During the second day, held in conjunction with the ALL DIGITAL General Assembly 2019, more details for the future model for the project was proposed to the 60+ participants by Achilles Kameas of CTI, the newly elected Chair of the ALL DIGITAL Board.

Delegates also took part in an interactive ‘game show’ about UMI and IoT with the winning member, José Antonio González Martínez of Somos Digital of Spain receiving a UDOO kit to take back to his organisation.

The ambition for the UMI-Sci-Ed project is for the results, tools and models to be adopted widely by the ALL DIGITAL members and beyond.

The project partners include a range of technological institutions led by the Computer Technology Institute and Press “Diophantus”(CTI) with the Cork Institute of Technology(CIT), the Consortium of Ubiquitous Technologies(CUBIT) and academic organisations including the University of Helsinki (UH), the Norwegian University of Science and Technology (NTNU) and the University of Pisa (UNIPI). ALL DIGITAL(AD) completed the partnership supporting with dissemination activities.

Individual Learning Accounts in the 2020s