Telecentres to play a crucial role to create bridges with governments and facilitate adoption of e-Services • ALL DIGITAL
14609
post-template-default,single,single-post,postid-14609,single-format-standard,ajax_fade,page_not_loaded,,qode-title-hidden,qode-theme-ver-10.1.2,wpb-js-composer js-comp-ver-6.9.0,vc_responsive

Posted at 22:19h in News by Andrea Bedorin

The high-level e-Government conference titled “Where we are, where we are going”  took place in Vilnius, Lithuania on 14th November 2013 in the context of the Lithuanian presidency of the EU and saw Telecentre Europe Director, Chair and two members present their organisations and activities in the session  “Inclusive e-Government”. The session was the most focused one on citizen access and adoption of e-Government services.

The first speaker, Mr. Gianluca Misuraca from IPTS (a research centre of the European Commission), called the attention of the audience to the “e-government paradox”: although the offer of e-Government services in Europe has reached saturation for most common online services, the users (citizens and to a lesser extent businesses) are still more likely to use traditional methods to interact with the government.

Inclusive e-Government was defined by TE’s Director Gabriel Rissola as including all category of citizens as e-Government users (paying particular attention to those harder to reach) and focusing online government services on citizens’ concrete and more demanded needs (e.g. access to jobs or other). Both speakers stressed the fact that e-Inclusion intermediaries, like telecentres, play a crucial role to create bridges with governments and facilitate adoption of e-Services. As can be seen from the recently published MIREIA survey , telecentres and other e-inclusion intermediaries already play a significant role in approaching citizens to e-Government, specifically those that may be at risk of digital exclusion. 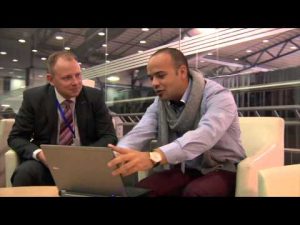 Some examples of existing services that were mentioned are:
– Access to e-Government information and services for those who can´t afford it
– Providing information in easy-to-understand language and with personal guidance with for example short videos on the use of e-Government services
– Specific information services for youth, unemployed and disadvantaged groups such as helping them find work
– Helping SMEs to use e-Government services
As a relevant country example, Denmark aspires to be digital by default which implies that an 80% of the communications between government and citizens should take place online by 2015. As a result, telecentres and libraries are  increasingly supplying training in e-government, while a number of public and private eInclusion projects are now focused on the use of e-government services by SMEs, young people or senior citizens, to name a few.

The MIREIA  survey also highlighted that more than 50% of e-inclusion intermediaries are run by public bodies (libraries, municipal centres) and that therein lies the opportunity to facilitate the e-participation of citizens especially those at risk.  Another opportunity for joining efforts between e-inclusion intermediaries and government ca be found in the Local Coalitions for Digital Jobs, which are partnerships between governments, the ICT industry and the civil society and are promoted by telecentre networks across European Countries.

The other two speakers, Mara Jakobsone from LIKTA and Manus Hanratty from FIT illustrated how their organisations are promoting e-government and partnering with governments through the Local Coalitions they lead in Latvia and Ireland respectively.  For conference presentations and videos, please go here.

New Toolkit for National and Local Coalitions for Digital Jobs