Media literacy for the 21st century • ALL DIGITAL
14662
post-template-default,single,single-post,postid-14662,single-format-standard,ajax_fade,page_not_loaded,,qode-title-hidden,qode-theme-ver-10.1.2,wpb-js-composer js-comp-ver-6.9.0,vc_responsive 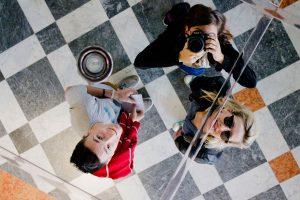 “Media literacy for the 21st century” was a conference organised by our Croatian member Telecentar. It brought together the project partners, teachers, policy and decision makers from the Croatian ministry and a number of international partners. Telecentre Europe staff and board were invited to present a number of initiatives: the Telecentre Multimedia Academy, the Grand Coalition for Digital Jobs and the work of our Latvian member LIKTA. To see these presentations please see our slideshare page.

About the project and conference

“Media Literacy for the 21st Century” is a year-long project that has been running in Croatia to support the modernisation of curricula in Vocational Education and Training schools (VET) schools in line with the changing needs of the Croatian labor market and economy. Involving partners from Telecentar from Zagreb and the graphics schools of Zagreb and Rijeka, this project aimed at increasing the media literacy competences of teachers and providing training resources, opportunities and equipment. 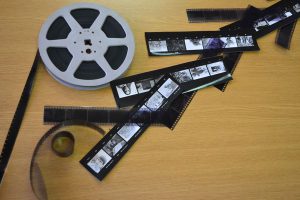 The presence of policy and decision makers throughout the two days of the conference, in direct contact with teachers, school principals, various NGO representatives and other conference participants, provided a much needed opportunity for cross-sector talks which took place in both the formal and the informal settings.

Participants were addressed by the representative of the Agency for Vocational Education and Training and Adult Education who spoke of the development of the media sector, and the representative of Education and Teacher Training Agency who talked about the position of media literacy in general education. The project “Media Literacy for the 21st Century” was presented by  Žarko Čižmar of Telecentar from Zagreb. 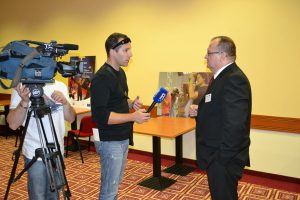 One of the key deliverables of the project were the audio, video and photography handbooks, and the process of their creation was presented to the participants by their authors: Krešimir Mikić (photography) and Dubravko Kuhta (audio).

The second day was reserved for the presentation of cases of international cooperation, presented by the representatives of two European networks: Telecentre-Europe AISBL and MEDEA: Media and Learning Association. 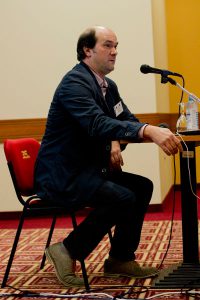 The conference provided an opportunity to discuss shared regional efforts of introducing media literacy into all levels of formal education. The representatives of the Novi Sad School of Journalism, IAN Telecentar Belgrade and Telecentar Zagreb started talks of creation of a regional consortium which would advocate this initiative. The proposed consortium would initially combine the networks and efforts in Croatia, Serbia, and Bosnia and Herzegovina, and would be aided by both the Telecetre-Europe AISBL and the Media and Learning Association, in terms of strategy, networking, and transfer of good practices.