Posted at 10:23h in News by Andrea Bedorin

The EU’s latest survey on ICT usage in households and by individualsreveals that in 2011, 24% of the EU27 population between 16 and 74 years old have never used the internet.

The proportion of non-users declined from 42% in 2006, with an average annual decline of 4%. With the current level of 24% non-users, the EU Digital Agenda target of reaching not more than 15% non-users in 2015 remains possible. 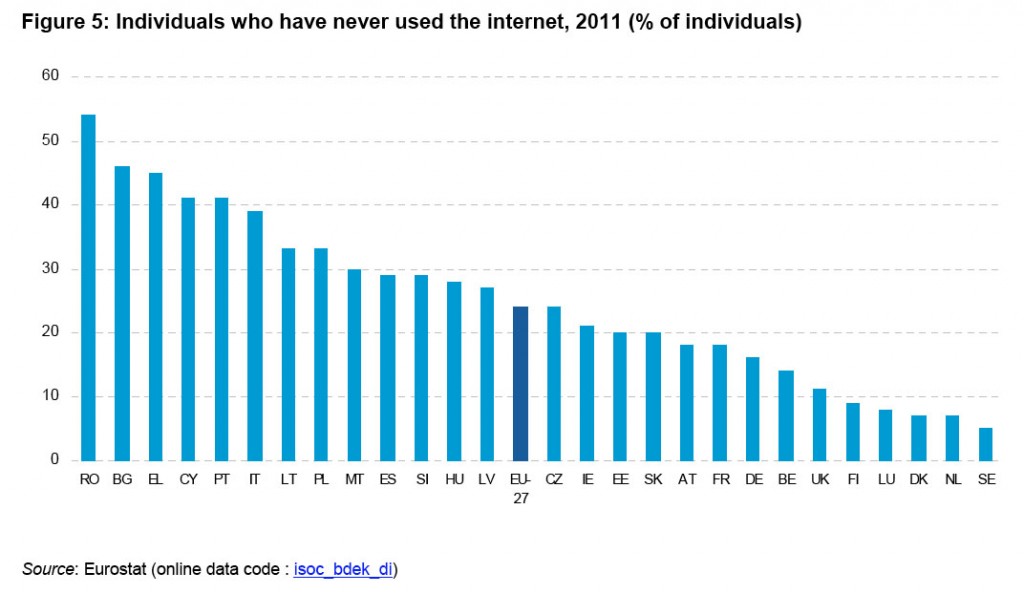 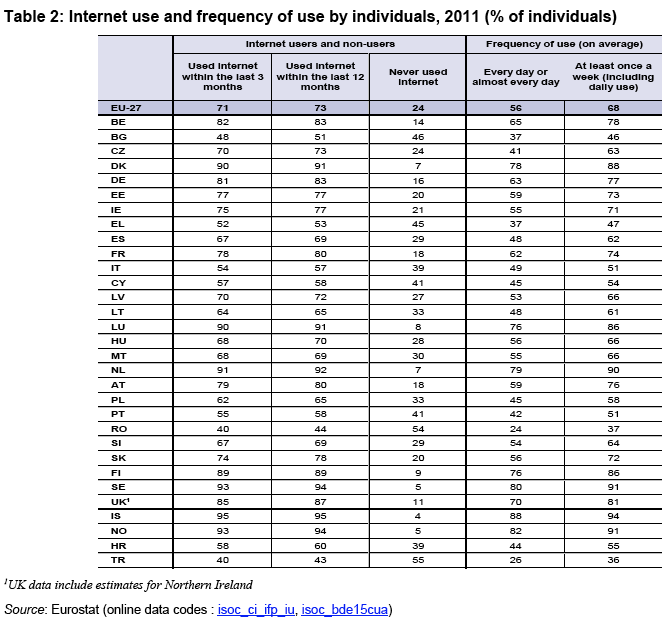 For regular internet users, there are significant gaps in usage (‘digital divides’) when looking at age groups and level of formal education: only 40% of them are aged between 55 and 74 years old, and only 45% come from the share of population with a low level of education. 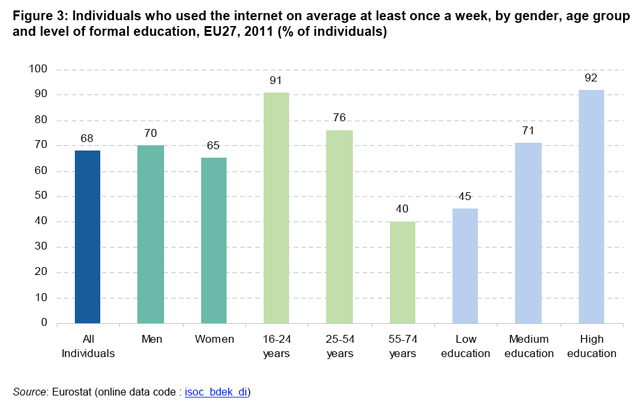 More information about the first results of the European survey on the internet use in households and by individuals for 2011 can be found in Statistics in Focus from Eurostat. The publication also contains updated figures on broadband access and takes a closer look at the activities done by internet users: searching for information & news, consulting wikis, participating in social networks, posting opinions on civic or political issues, online shopping or completing webforms for public authorities.

A short review of the publication can also be found in an article on BBC News on Technology, which introduces catchy names like ‘net-holdouts’ and ‘internetrefuseniks’ as synonymes for non-users of the internet: the main targets of Telecentre-Europe’s Get Online Week!

A comment on the situation in UK is formulated by Telecentre-Europe’s co-chair Ian Clifford in his blogpost “An anomaly in the European online statistics….”.

Become the national branch of the MIREIA survey!