The policy debate on media literacy and digital skills for active citizenship was held on 27 September 2018 at the European Parliament in Brussels. It was organised by ALL DIGITAL, a pan-European network of digital competence centres, and Emilian Pavel, member of the Employment and Social Affairs Committee in the European Parliament.

Experts in media literacy and digital skills discussed the lack of necessary skills among Europeans to use the vast variety of digital tools available today. The importance of media and digital literacy is undeniable, but we should go one step beyond disinformation, fake news, online hate speech, cyberbullying and online safety. We need to embrace a comprehensive approach to media literacy as fundamental skill for full participation in today’s society.

Media literacy is very complex but needed by all citizens 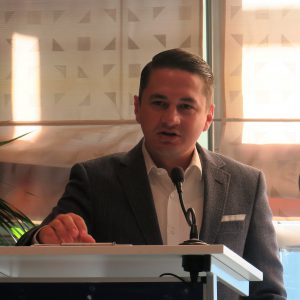 MEP Emilian Pavel admitted that media literacy is a complex concept. He shared his personal and professional perspective on the importance of media literacy as a father and as a politician. He recognized the key role education providers and parents (should) play in teaching media literacy skills to children and young people. But he also highlighted the need to teach media literacy to those who are no longer in school. Adults need media literacy, too. He encouraged the European Commission to support NGOs that can bring media literacy to all groups of citizens through non-formal and informal training. He suggested to bring together the bits of media literacy present in different European legislation and initiatives into a media literacy package and invest in this package through pilot projects and other measures.

Not everyone is aware of the importance of media literacy 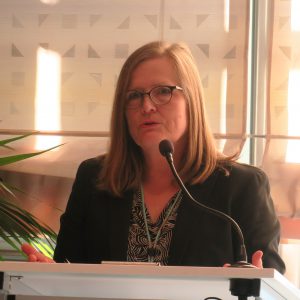 Anni Hellman, Deputy Head of Unit I4 Media Convergence and Social Media at DG CNECT , European Commission, started from the paradox that previous generations were taught to believe that what they read is true, while nowadays we need to teach our children that what they read may not be true. And this is a major cultural challenge. The European Commission realizes this, and this is why it currently focuses on tackling disinformation. Thanks to disinformation, policy interest in media literacy as part of the solution has risen significantly, but Anni recognized that policy should do more.

Is education focusing on the right media literacy skills? 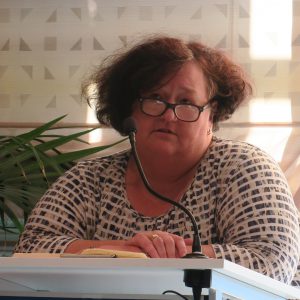 The director of MAKS vzw, Veronique de Leener, highlighted the contradiction between the fact that children and young people use digital media all the time and the fact that at school digital media is still taught in a theoretic and instructive way. From her point of view, media literacy is when the individual can tell the computer what to do, and not the other way around. This definition highlights the importance of the individual being the one in control, the multimedia device being the tool, and media literacy being the enabler to use the tool to improve our lives.

But how can we enable illiterate people to be in control if they have never touched a computer? Or young people with smartphones, but who are struggling with digital productivity tools (calendars, word processing software, etc.), have game addiction and are not aware of online risks? The answer is, by teaching them how to produce with the computer. Non-formal training providers, such as MAKS, have developed many programmes and tools, such as digital storytelling, coding animator training, etc., but they need support to scale those initiatives and reach more people. Major success factor is to find a genuine interest in learners. Not everyone wants to become media literate per se; linking media literacy training with people’s genuine interests (knitting, cooking, crafts, games) is key to motivation. See a digital story produced by one of the young people after the training conducted by MAKS. 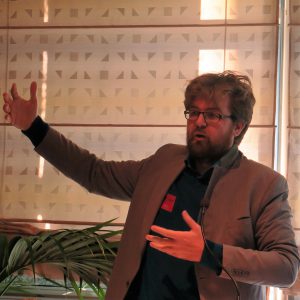 Andy Demeulenaere, Coordinator of Mediawijs, summarised the challenges we are facing in the online world: the participation paradox and digital divide, disinformation, cyberbullying, etc. As a solution, he proposed a modern and open definition to media literacy, or media wisdom, highlighting the active, creative, critical, and conscious usage of digital media. He reminded of the work that various policy stakeholders are doing at different levels such as local authorities, the European Commission, the Council of Europe, UNESCO. He called for joining forces to bring everything together in a holistic approach to media literacy that is open and complete. His suggestion was to budget media literacy like innovation with sufficient resources to develop and test new approaches, support start-ups and scale-ups and eventually achieve an impact at structural level. /See the presentation: Mediawijs – Can Europe foster Media Literacy/

Technology should improve life, not distract from it 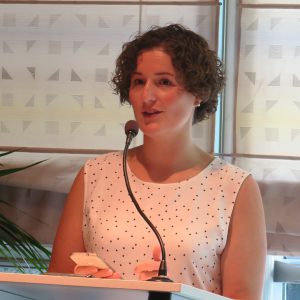 Catherine Williams, Communications and Public Affairs Manager at  Google, acknowledged the responsibility that tech companies must provide people with knowledge and tools to use digital technologies in a critical and responsive way. For tech companies one key part of media literacy are digital skills, which are essential not only for the jobs of the future, but also for being an active citizen. But tech companies cannot work in this alone, and that’s why it is very important for them to work together with experts such as educators, parents and civil society. She listed some of the current programmes that Google implements whose ultimate objective is to improve one or another aspect of media literacy: ‘Be Internet Awesome’ for kids up to 11 years old, ‘YouTube’s Creators for Change’ for teenagers, localized in different countries, e.g. Toi meme tu filmes in FR and Nicht egal in DE, Young Digital Leaders. Google is working to integrate well-being and digital wellness aspects in new products and looks to scale up the Young Digital Leaders’ programme in more countries such as Romania, Bulgaria, and Greece. / See the presentation: Google and Media Literacy/

Reactions and comments from the audience included a comment from Stephanie Comey, Senior Manager on media literacy at the Broadcasting Authority of Ireland (BAI), on the role of broadcasting regulators. She agreed that regulation is not the answer and the way for regulators to promote media literacy is through cooperation and partnership. In this regard, BAI has created a multi-stakeholder network to develop a competence framework for media literacy and work across many sectors such as education, journalism, corporate world. Realizing these partnerships at local level is not that hard, as long as some leadership is provided. A bigger challenge is to ensure consistency between different initiatives at European level – knowing what is going on in Ireland, in Belgium, in other countries. A European platform for sharing such initiatives would be extremely helpful. 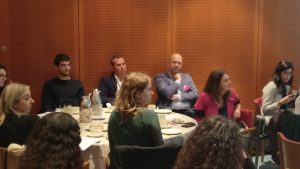 Anni Hellman announced that the EC is already working on such a platform which is almost ready and soon to be announced. 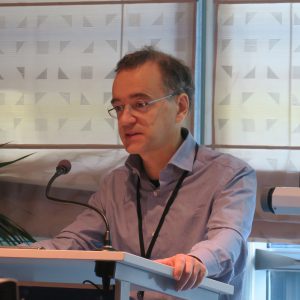 Paolo Celot, Secretary General of EAVI, the European Association of Viewers’ interests remarked that in 2016 EAVI organized a similar debate at the European Parliament and  commented on the changes and improvements since then. The objectives of that debate were achieved since media literacy was included in the AVMS Directive and some pilot projects funding was allocated to media literacy initiatives. But different associations working on media literacy at European level need to join forces and put together their advocacy efforts.

And regarding the perspective on advocating on media literacy, we should be more concrete, more specific, keeping the open and complete definition, but also thinking about the concrete skills that European citizens need to acquire. We should go beyond the rhetoric on how important is to have better internet users or better citizens and tackle the reasons why people are not currently acquiring the necessary media literacy skills. 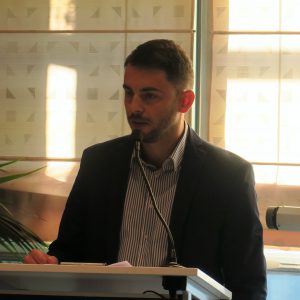 Laurentiu Bunescu, CEO of ALL DIGITAL announced a policy statement on media literacy that is addressed to the EU policy makers. ALL DIGITAL calls EU to better recognize the role of the non-formal education sector in equipping ALL citizens with media literacy skills, as well as supporting media literacy in a more structured way in the current and upcoming policies and policy initiatives. See the full statement.

All in all, all speakers agreed that:

Finally, as many participants asked us what the next steps after this debate will be, we at ALL DIGITAL will process all this input and think about follow-up events and activities. We will follow closely the planning of the Media Literacy Week.

We invite all participants, as well as other interested stakeholders who could not attend the debate, to get in touch with us if you have an idea for collaboration or just would like to further discuss the topic.

You can watch the event here: