Posted at 20:51h in News by Andrea Bedorin 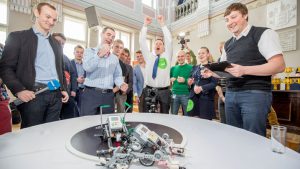 Roughly 109,000 Europeans were involved in GOW 2015 this year participating in more than 4,000 events at national or local level, like training, seminars and workshops. From all those involved in campaign activities, around 60,000 were young people and 7,500 unemployed.

Millions have been reached through media and social media channels across Europe also thanks to the support of EU policy makers and leaders to endorse the initiative online. Microsoft and Liberty Global continued their commitment as the main campaign sponsors.

Have a look at the final report online:

Since the first campaign in 2010, GOW has counted 160,000 first time Internet users, and over 12 million Europeans who have heard about the importance of e-skills and the great work done at telecentres.