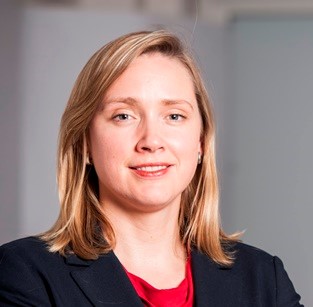 About us, Our advisory board

Fiona Fanning is Director of European Affairs at Certiport, a Pearson VUE business – the world leader in performance-based certification exams and practice test solutions for academia, workforce and corporate technology markets, delivered through an expansive network of over 14,000 Certiport Authorized Testing Centers worldwide. The European Affairs department is dedicated to promoting the value of digital skills and certification for the benefit of all Europeans and ensuring the importance of digital remains high on the EU policy agenda .

Prior to that, Ms Fanning was Secretary General of CEPIS, the Council of European Professional Informatics Societies and European Affairs Manager of ECDL Foundation. She is member of the Executive Committee of the European e-Skills Association (EeSA), a community of stakeholders supporting the development of digital literacy and e-skills in Europe, and a high level advisor to the European Centre for Women and Technology (ECWT). Fiona led CEPIS’s work in the development of a pan-European framework on ICT professionalism, as well as the CEPIS e-Competence Benchmark – an online tool for ICT professionals powered by the European e-Competence Framework. She has been involved in numerous European initiatives, including the Euro-Inf Project which focused on refining and exploiting Framework Standards and Accreditation Criteria for Informatics Education.

Ms Fanning’s previous positions include owner and Director of Beyond Words Translation Services, Director at the American Red Cross, and Project Manager for an international relief and development organisation’s operations in West Africa. Fiona Fanning graduated from Dublin City University (Ireland) with a Masters in Translation Studies and a specialisation in Law. She also holds a BA International in French and German and a DEUF from Université Lyon III (France).