Posted at 11:09h in News by Andrea Bedorin 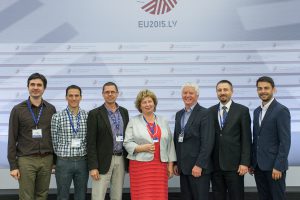 One of the major European events on digital topics Digital Assembly 2015 – One Europe, One Digital Single Market attracted over 500 stakeholders to meet in Riga. It was organised by the European Commission together with the Latvian Presidency of the Council of the European Union and was held at the National Library of Latvia on June 17-18.

Telecentre Europe’s Managing Director Gabriel Rissola joined one of the workshops, which was about promoting e-society. G. Rissola made three points:

Digital literacy as such is considered as a fundamental right by UNESCO and foundation for lifelong learning. Reducing e-society to a discussion about public services to me is a poor approach. We should include debates about e-Democracy and e-Participation which we are not talking about at all here. If we go to public services, there has been so much progress on the government side, but to what extent citizens were involved in the co-creation of those services? asked Gabriel Rissola.

Digital literacy was among the top three topics later voted by the workshop participants and they have agreed that Digital Literacy is among the top three priorities for a proper e-society. The European Commission will be advised to pay more attention to it while implementing the Digital Single Market strategy.

The full video recording is available here (starting at 2:05:47). 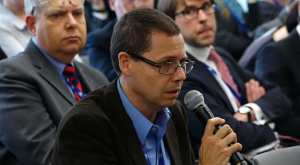 Gabriel Rissola speaks at the workshop about e-society